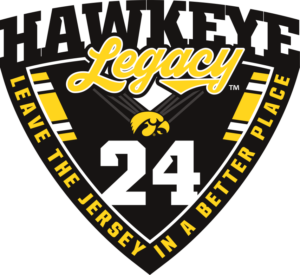 The Hawkeye Legacy program was launched in 2018 to keep former Iowa Football players- known as Legacy Hawks- connected to their program and to each other. They became an early adopter of NextPlay’s technology to take their efforts to the next level in 2020.

Hawkeye Legacy has quickly become the envy of college football programs everywhere. Alumni return to campus in droves to celebrate reunions of their accomplishments on the field, meet up to provide guidance and job opportunities to younger generations, and host gatherings in various cities across the country. Each event is rooted in a common connection to Iowa Football and serves to bring the Legacy Hawks closer to their program and to each other.

“Hawkeye Legacy set out to build a platform for alumni to continue their bond with Iowa Football, create friendships across decades of former players, and foster mentorship and job opportunities. We feel that the vision is coming together.”

Despite the early success, Assistant Director of Football Operations Ben Hansen was looking for a software platform that could take the program to the next level. In 2020, Iowa Football partnered with NextPlay in order to do just that.

Since launching the Hawkeye Legacy mobile app, the results speak for themselves. Over 400 former Iowa Football players have signed up for accounts, thousands of messages have been sent, and thousands of posts, likes, and comments have brought together generations of Legacy Hawks in a private community. Alumni have used the app to:

Former football players are not the only beneficiaries of the evolving Hawkeye Legacy program. Through increased engagement and their new platform, the football program also stands to benefit from:

As an early adopter, Hawkeye Legacy has significantly impacted the development of the NextPlay platform and will continue to be a valuable partner for many years to come.